“The Emperor is sick! He has Neiglish Rot, and will die before the winter’s end! The court physicians are doing all they can, but there’s no stopping the corruption of the flesh! So they’ve locked the Emperor in one of the dungeons under the palace, and a look alike has taken his place!” 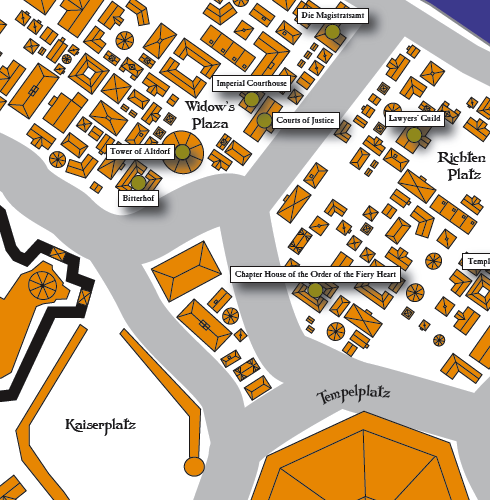 /Magnus
“Did you hear about that barge that was found adrift in the Altdorf fog last week? Maria’s Heaven, that’s what it’s called. Right down by the Fork Wharf it was. Bloodied sails and all! The Hafenmeisterei sent out a team to investigate … not a single soul alive was found … the captain was a veteran of the Storm of Chaos they say, and several of his men able-bodied warriors … so whatever killed them, was not of this world! And now … now it is loose in Altdorf! Sigmar save us all!”

– By the Fischmarkt, overhearing an elderly cook talking to a fisherman hawking his wares 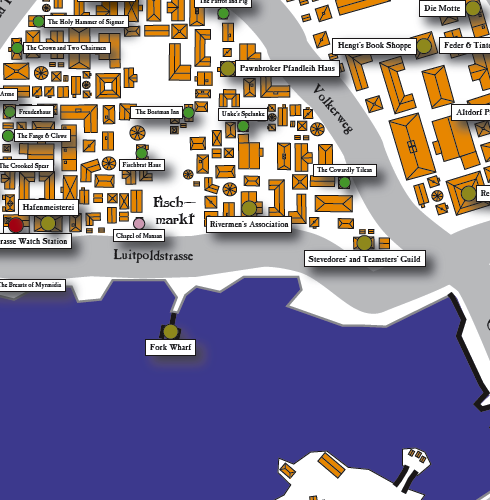 /Magnus
“The scandalous painter Johann Weissen has been commissioned by the Emperor to paint a depiction of the last stand against the Storm of Chaos at Middenheim! Weissen is bringing in goblins, mutants and even dragons to pose for his pleasure! It’s an outrage!”

Johann Weissen is a famous painter, surrounded by scandals and indiscretions. His studio is located in the Domplatz Bezirk. 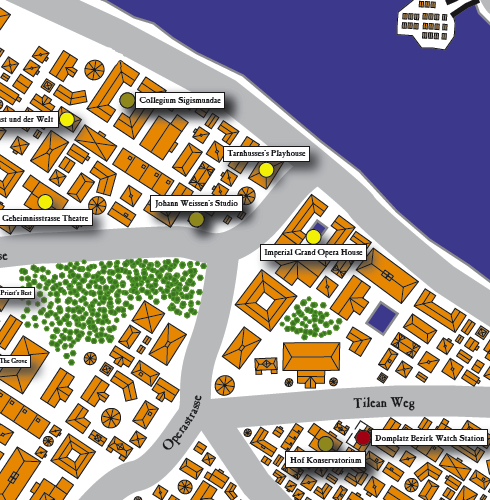